Hosted by Masdar, ADSW 2022 will be the first major sustainability event after the COP26 climate change conference, and will act as a global catalyst for COP27, which will be held in Egypt in 2022, and COP28, which will be hosted by the UAE in 2023. Held annually since 2008, ADSW has become one of the latest sustainability platforms in the world, with more than 45,000 people from 175 countries participating in ADSW 2020.

HE Dr Sultan Ahmed Al Jaber, UAE Minister of Industry and Advanced Technology, Special Envoy for Climate Change, and Chairman of Masdar, said: “The next few years will be pivotal as we work together across policy, business and industry to accelerate progressive climate action that will deliver economic opportunities and prosperity for current and future generations.

“The UAE has a long-term vision that will build on our longstanding track record in innovating climate solutions across the entire energy spectrum. Abu Dhabi Sustainability Week continues to offer an ideal platform for promoting, deploying and taking these climate solutions to scale around the world. Aligned with the UAE’s ‘Principles of the 50,’ it provide opportunities for global collaboration, knowledge sharing, investment and advancing new technological innovations that will take the global sustainability agenda forward and turn plans into action.”

Commenting ahead of her appearance at the ADSW, HE Halimah Yacob, President of the Republic of Singapore, said, “To deliver a sustainable future for our planet, the collective action of all stakeholders is needed. Even as we tackle the pandemic, we must not lose sight of other equally pressing global challenges. Governments, businesses, researchers, communities and individuals all have a role in addressing the challenges of climate change.

“The ADSW provides us a timely opportunity to exchange views on our collective response, and the urgent steps needed. I thank His Highness Sheikh Mohamed Bin Zayed Al Nahyan, Crown Prince of Abu Dhabi and Deputy Supreme Commander of the UAE Armed Forces, for inviting me to speak at the Summit.”

The hosting of ADSW is a key component in the UAE’s positioning as a regional and global leader in sustainability and climate action. Last October, the UAE announced its Net Zero by 2050 Strategic Initiative, a national drive to achieve net-zero emissions by 2050, the first such initiative in the MENA region. The UAE was also the first Arab country to set voluntary clean energy targets, and the first Gulf state to sign the Paris Agreement.

Further demonstrating the UAE’s leading role in driving action on climate change, at home, in the region, and throughout the world, the ADSW Opening Ceremony and the Zayed Sustainability Prize Awards Ceremony will take place at Expo 2020 Dubai on Monday January 17 to coincide with Global Goals Week. All other ADSW events will take place in Abu Dhabi or virtually.

Since its inception, ADSW has reflected the changing global sustainability landscape, broadening its scope from renewable energy and water, to include new global trends and topics like artificial intelligence, space and mobility. The number of ADSW events has also expanded over time, with the additions of the IRENA Assembly in 2010, the Women in Sustainability, Environment and Renewable Energy’ (WiSER) Forum in 2015, Atlantic Council Global Energy Forum in 2017, Abu Dhabi Sustainable Finance Forum 2019, and the virtual ADSW Summit in 2021.

Taking place virtually on January 17, the ADSW Summit will bring together global leaders to engage in dialogue and outline actions to achieve a net-zero future. Delivering global net zero commitments and the journey to the COP28 climate change conference will be key topics for discussion at the ADSW Summit.

Registration details for ADSW events can be found on www.adsw.ae. 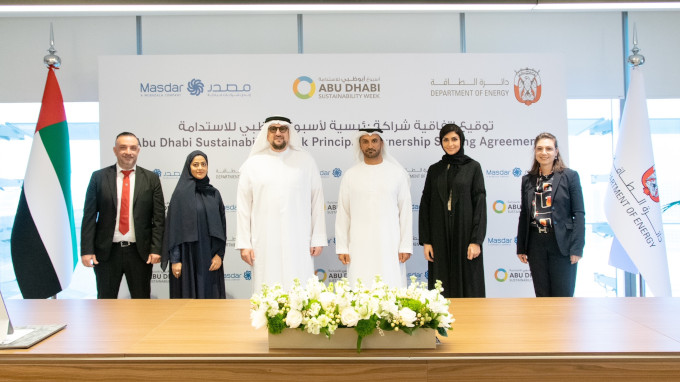 Abu Dhabi Sustainability Week (ADSW), Masdar’s global platform for accelerating sustainable development, today announced that the Abu Dhabi Department of Energy (DoE) has signed an agreement to return as Principal Partner of both ADSW 2023 and 2024.

Signed by Undersecretary of the DoE, His Excellency Eng. Ahmed Mohammed Al Rumaithi, and Masdar Chief Executive Officer, Mohamed Jameel Al Ramahi, the agreement ensures that the DoE, a Principal Partner since 2019, will continue to support ADSW in its efforts to accelerate sustainable socioeconomic development and positive climate action, in line with the United Arab Emirates’ long-term sustainability vision and net-zero commitments.

Established in 2008 by Masdar, one of the world’s fastest-growing clean energy companies, and hosted every January, ADSW is the year’s first major sustainability gathering. ADSW 2023 will convene global stakeholders 14–21 January in Abu Dhabi to take stock of progress on commitments resulting from this year’s COP27, which concluded last week in Sharm Al-Sheikh, Egypt; and drive forward momentum to next November’s COP28 in the UAE.

Undersecretary of the DoE, H. E. Eng. Ahmed Mohammed Al Rumaithi, said: “The Department of Energy is keen on promoting global dialogue on sustainability in order to stimulate all components of the energy sector. Dialogue and coordinated action will enable us to connect and exchange visions on the best ways to move the sector towards a carbon-neutral future. The Abu Dhabi Sustainability Week is an ideal platform to achieve this, as it continues to push efforts to combat climate change on the local and international stage, in line with our endeavor to help the UAE achieve its Net Zero 2050 goal. We are pleased to continue participating in this pioneering event and partner with ADSW for the next two editions to help consolidate Abu Dhabi’s leading position in energy transition and sustainability.”

“Climate action continues to top the agenda of policymakers, which increases the need for specialized events such as ADSW that bring together specialists in this field to find solutions to climate challenges posed by the increasing demand for energy around the world,” added H.E. Undersecretary Al Rumaithi.

Masdar CEO, Mohamed Jameel Al Ramahi, said: “Abu Dhabi Sustainability Week and the Department of Energy are united in our long-standing joint efforts to cement the UAE’s position as a pioneering leader of the global clean energy transition. As we look back on this year’s COP27 in Egypt, and ahead to next year’s COP28 in the UAE, ADSW will provide the ideal platform for global stakeholders to hold each other to account and continue to engage on bold climate action and practical innovation.”

ADSW 2023 also aligns with the DoE’s mission to position Abu Dhabi as a global hub for clean-tech innovation to support the UAE’s economic diversification and decarbonization efforts, for the benefit of future generations.

With the October 2021 launch of its Net Zero by 2050 strategic initiative, the UAE became the first country in the Middle East and North African (MENA) region to commit to decarbonizing its energy grid by mid-century, in line with the Paris Agreement, which calls on countries to prepare long-term strategies to reduce greenhouse gas emissions and limit the rise in global temperature to 1.5 C compared to pre-industrial levels. 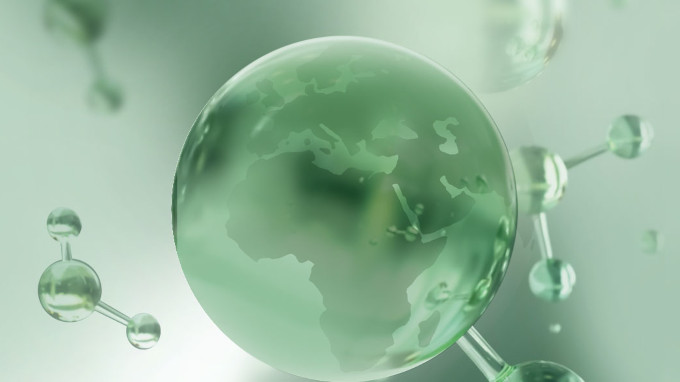 • Africa could capture up to 10% of global green hydrogen market, helping to create up to 3.7 million jobs and adding as much as US$120bn to GDP by 2050, report released at COP27 shows
• Green hydrogen production on this scale would accelerate deployment of renewable energy across continent and increase electrification rate
• Report produced by Masdar and Abu Dhabi Sustainability Week with analytical support provided by McKinsey & Company

Africa could capture as much as 10 percent of the global green hydrogen market, helping to create up to 3.7 million jobs and adding as much as US$120 billion to the continent’s gross domestic product (GDP), according to a landmark report issued jointly by Masdar and its Abu Dhabi Sustainability Week (ADSW) platform on the sidelines of the 2022 United Nations Climate Change Conference (COP27).

Africa’s plentiful solar and wind resources could be leveraged to produce 30 to 60 million tonnes per annum (mtpa) of green hydrogen by 2050, about 5 to 10 percent of global demand, according to the report, “Africa’s Green Energy Revolution: Hydrogen’s role in unlocking Africa’s untapped renewables,” produced with analytical support provided by McKinsey & Company.

An African hydrogen industry with that production capacity would likely create 1.9 to 3.7 million jobs and boost GDP by as much as US$60 to 120 billion by 2050, the report finds.

Mohamed Jameel Al Ramahi, Masdar Chief Executive Officer, said, “This report provides a blueprint for African nations to deliver sustainable, low-carbon growth while extending energy access across the continent. Green hydrogen has the potential to reduce emissions, unlock economic opportunities, and create new and valuable jobs for countries across the Middle East and North Africa region. Masdar has long recognized green hydrogen’s potential, with investments as far back as 2008. With several green hydrogen projects underway today around the world – including a number in Africa – we look forward to continuing to work closely with our African partners to maximize the many achievable benefits of green hydrogen highlighted in this report.”

Africa could be among the most competitive sources for green hydrogen in the world, the report shows, with a cost of US$1.8 to 2.6 per kilogram (kg) in 2030, further decreasing to about US$1.2 to 1.6 per kg by 2050 as hydrogen production technology matures and renewable energy costs continue to decline.

Proximity to demand centers in Europe and Asia also optimally positions the continent to build an export-oriented hydrogen sector, the report suggests, noting African energy exports via green hydrogen and derivatives would reach 20 to 40 mtpa by 2050.

Masdar Director of Asset Management and Technical Services, Mohammad Abdelqader El Ramahi, said: “Scaling up green hydrogen is an opportunity to not only build a robust global-export sector on the African continent, but also to accelerate the deployment of renewable energy overall. The grid-connected renewables used for green hydrogen production can feed energy into the grid to provide affordable clean energy to under-resourced areas – notably, in Sub-Saharan Africa, which has an average electrification rate of only 48 percent.”

Enabling production on the scale of 30-60 mtpa would require between 1,500 and 3,000 terawatt hours (TWh) of renewable energy – equivalent to more than 50 times Africa’s current total production from solar and wind, the report states. The largest share of the investments (US$320- 610 billion) would go to the renewables needed to produce the hydrogen, followed by electrolysis plants (US$115-220 billion). For export projects, most of the needed capital is expected to come from foreign investors, according to the report. 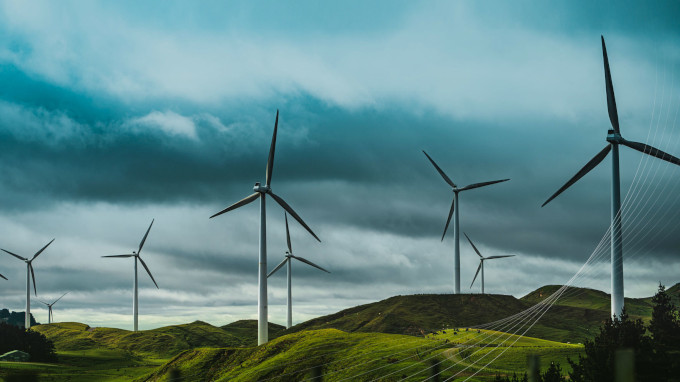 Abu Dhabi Sustainability Week (ADSW) was there in full force too.

As a global initiative championed by the UAE and its clean energy powerhouse Masdar, ADSW is dedicated to engaging impactful dialogue between global stakeholders on practical, pro-climate, pro-growth solutions for a net-zero future.

Events included bringing young people from the UAE, Africa and Europe together to talk about how to boost youth resilience in the face of the climate crisis. Panel discussions between young female professionals, who had spent time in rural Rwanda, explored how to increase access to clean energy in villages. ADSW also hosted speakers who shared sustainability success stories and discussed how to scale up net-zero buildings.

Africa’s potential to become a global leader in green hydrogen was also highlighted in a landmark report published by ADSW and Masdar. The continent could capture 10 percent of the world’s green hydrogen market, helping to create 3.7 million jobs by 2050, the report found.

Following on from the success of its events at COP27, ADSW 2023 will keep the vital climate conversation going. ADSW 2023 runs from Jan 14 to 19.

The Road to Net Zero: A UAE Case Study on Driving the Energy Transition

The role of climate tech in the race to Net Zero

Code Blue: The power of the Blue Economy in getting to Net Zero

A Climate Crisis: The Gender Challenges of Climate Change

The next frontier in green building design: How to scale up net zero buildings (sooner rather than later)