Abu Dhabi, United Arab Emirates; January 15, 2017 – Global leaders in government and business will gather for the official opening of Abu Dhabi Sustainability Week in the UAE capital tomorrow. Taking place on the theme “Practical steps towards a sustainable future”, this year’s ADSW is expected to receive 38,000 attendees representing 175 countries, including five heads of state, more than 80 government ministers, and 880 exhibiting companies from 40 countries.

Abu Dhabi Sustainability Week, hosted by Masdar, is a global platform addressing the interconnected challenges and opportunities of sustainable development, renewable energy and water security. Held every January under the patronage of His Highness Sheikh Mohammed Bin Zayed Al Nahyan, Crown Prince of Abu Dhabi and Deputy Supreme Commander of the UAE Armed Forces, the event is based on the key pillars of Policy, Leadership, Business, Academic Research, and Community Awareness.

Abu Dhabi Sustainability Week 2017 began with two key policy events: the Atlantic Council Global Energy Forum on January 12-13, held in partnership with the UAE Ministry of Energy, and the 5th General Assembly of the International Renewable Energy Agency, on January 14-15.

Tomorrow’s ADSW Opening Ceremony is immediately followed by the Awards Ceremony of the 9th edition of the Zayed Future Energy Prize. The afternoon programme is dedicated to Abu Dhabi Global Action Day, a high-level conference aimed at turning the goals of the Paris Climate Agreement and the 2030 Agenda for Sustainable Development into practical and innovative solutions in policy, investment, technology and partnerships – with a focus on the steps to be taken by both government and business.

Mohamed Jameel Al Ramahi, Chief Executive Officer of Masdar, said: “Having marked our tenth anniversary last year, we are proud to host ADSW as we embark on the next ten years of our success in the UAE and international markets. ADSW 2017 is one of the first global platforms to debate the outcomes of COP22 in Marrakech, and to take further action to adopt renewable energy, clean technologies and sustainable development following the ratification of the Paris Agreement. It is also a gateway to the opportunities of the Middle East & North Africa, today one of the fastest growing and most cost-competitive markets for renewable energy and clean technology.”

More than half of the exhibiting companies are small and medium sized business (SMEs) from leading clean-tech nations including Germany, France, Japan, the United States and the UK, further illustrating the commercial dynamism and growing maturity of the sector.

“ADSW 2017 will shed light on the practical steps needed to unlock further expansion of the renewable energy and clean technologies sectors, and to deliver sustainable solutions in water and waste,” added Mohamed Jameel Al Ramahi of Masdar. 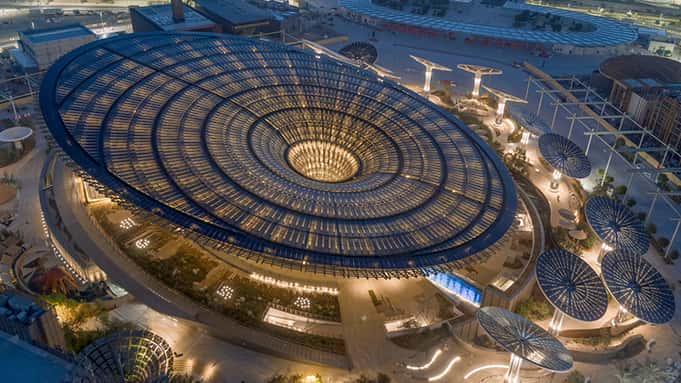 The announcement was made during Expo 2020’s Climate and Biodiversity Week (the first of 10 Theme Weeks that anchor the Programme for People and Planet) which aims to mobilise the world to take decisive action for the health of our world. Bringing ADSW’s vital platforms to Expo 2020 will further demonstrate the UAE’s leading role in driving action on climate change, at home, in the region, and throughout the world.

ADSW is one of the largest of gatherings of its kind, which welcomes each year more than 45,000 participants from more than 170 countries. The week will return between 15 – 19 January 2022 and feature a series of high-level in person and virtual events.

H.E. Dr. Sultan Ahmed Al Jaber, UAE Minister of Industry and Advanced Technology, Special Envoy for Climate Change, and Chairman of Masdar, said: Hosting the opening of ADSW together with the ZSP award ceremony at Expo 2020 Dubai will serve to reinforce the UAE’s commitment to climate action and sustainability, as key drivers of the UAE’s progressive model for economic growth. The combination of ADSW’s experience as a convenor with Expo 2020 Dubai’s global reach will help expand partnerships, drive innovation and open up new economic opportunities. As the UAE marks 50 years of progress, with the Principles of the Fifty, sustainability will remain a cornerstone of plans for future growth, creating new knowledge, new skills, new industries and new jobs.”

The ADSW Opening Ceremony and the Zayed Sustainability Prize Awards Ceremony, will bring together more than 600 VIPs from around the world, including heads of state, government ministers, industry leaders and country ambassadors. During the Opening Ceremony, H.E. Dr Sultan Al Jaber will deliver a keynote speech.

Her Excellency Reem Al Hashimy, UAE Minister of State for International Cooperation and Director General of Expo 2020 Dubai, said: “As one of our three subthemes, Sustainability is integrated across the entirety of Expo 2020 Dubai. We aim to be one of the most sustainable World Expos in history, supporting the UAE’s continued efforts to build cleaner, safer, and healthier communities for its people. As a long-standing platform for sustainability, Abu Dhabi Sustainability Week has a legacy of bringing together the global community, facilitating dialogue and accelerating sustainable development. These qualities align with the aims of the Programme for People and Planet at Expo and our goal of catalysing a one-of-a-kind movement to shape the legacy that Expo 2020 leaves the world.

Since 2008, Abu Dhabi has provided a sustainable platform for the global community that has grown through its initiatives and events to emerge as a thought leader and catalyst that accelerates sustainable development around the world.

The week will bring together policy makers, industry specialists, technology pioneers and the next generation of sustainability leaders to engage in dialogue and take action to advance the global sustainability agenda.

Over 352 million people have been directly or indirectly impacted by the sustainability solutions and school projects of the 86 recipients of the Zayed Sustainability Prize winners since the first awards ceremony in 2009.

The Prize’s US$3 million annual fund rewards winners US$600,000 in each category; the Global High Schools category is split into six world region winners, with each school able to claim up to US$100,000 to start or further expand their project. The six world regions of the Global High Schools category are The Americas, Sub-Saharan Africa, Middle East & North Africa, Europe & Central Asia, South Asia, and East Asia & Pacific.

All ADSW events other than its Opening Ceremony and the Zayed Sustainability Prize Awards Ceremony will take place in Abu Dhabi or will be hosted virtually.

Abu Dhabi Sustainability Week has released the second in the series of three white papers, which capture the key takeaways from the 2021 ADSW Summit.

Each white paper will feature insights and quotes from global leaders across government, business and industry. To watch sessions from the ADSW Summit, please visit the ADSW YouTube channel.

The "Care & Engage" white paper examines how the measures put in place around the world to tackle the spread of Covid-19 have resulted in short-term benefits to the environment. Care & Engage goes on to highlight the technological solutions and political frameworks that will need to be adopted over the next decade to mitigate the challenges relating to climate change. 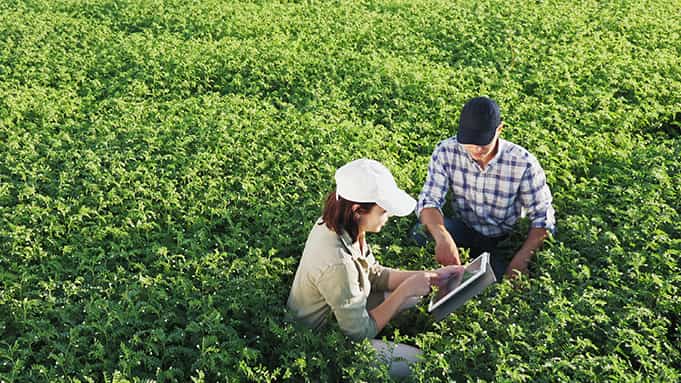 Abu Dhabi Sustainability Week releases “Work & Invest", the last in the series of white papers capturing the key takeaways of the 2021 ADSW Summit

Abu Dhabi Sustainability Week has released the final white paper in a series, which capture the key takeaways from the 2021 ADSW Summit.

Each white paper features insights and quotes from global leaders across government, business and industry. To watch sessions from the ADSW Summit, please visit the ADSW YouTube channel.

The "Work & Invest" white paper examines how Covid-19 pandemic has greatly impacted and redirecting the way we conduct business, with companies increasingly focusing on sustainable investments. Sustainability has emerged at the top of business agenda, as research has revealed that Environmental, Social and Governance (ESG) investments outperformed non-ESG investments in almost every month from January to September 2020.