Abu Dhabi Sustainability Week, hosted by Masdar, partnered with Harvard Business Review to conduct survey-led research into issues around the adoption of environmental, social and governance (ESG) practices and try to understand just how businesses are implementing ESG strategies.

The report, Reaping Returns on Environmental, Social and Governance Investments, which surveyed 249 executives from global businesses across a range of industries, found that interest in ESG adoption is strong, with 83 percent of respondents indicating that their organization will increase investment in ESG initiatives over the next 12 months. While only 9 percent of respondents said they have already seen a financial return on their ESG investment, most organizations believe this will lead to future financial benefits, with 22 percent saying they will see this within a year, although 41 percent said it would take two to five years.

According to the report, “strong tailwinds of change are encouraging organizations to assume greater corporate responsibility for their impact on the world’s natural resources, the well-being of employees, and ethical decision making in the boardroom.” However, developing an ESG strategy, one that evaluates and addresses issues that affect an organization’s operations and practices – and potentially its value – is still proving challenging, with 27 percent of respondents indicating that they have yet to put a formal ESG strategy in place, and 10 percent saying they are not currently working on improving their ESG performance.

More information on the topic of ESG, including the full Harvard Business Review report can be found at adsw.ae. Argentina, which recently committed to a 2050 Net Zero target, has been implementing new regulatory frameworks and laws to advance the electrification of its mobility sector, expand electricity interconnectors, and ensure that environmental education is part of the curriculum across schools in the country.

In the latest edition of ADSW Talks, HE Santiago Cafiero, Minister of Foreign Affairs for the Argentine Republic, shares insight into how the second-largest country in South America is modifying regulation to advance its sustainability agenda.

The ADSW Talks series hosts influential figures from across the sustainability sector to share their perspectives on the most pressing sustainability challenges facing the world and the collective willpower and solutions needed to build a more sustainable future for all. 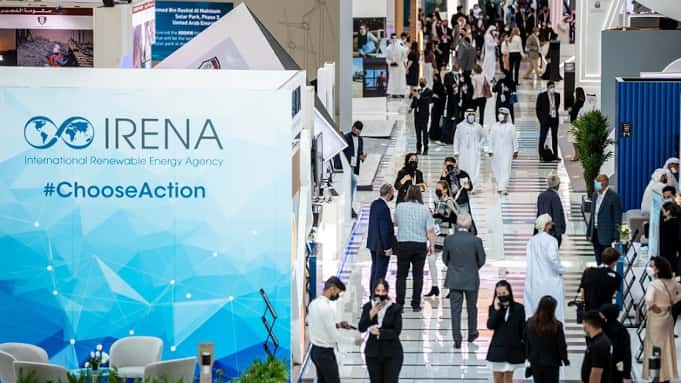 Abu Dhabi Sustainability Week (ADSW), the global platform for accelerating sustainable development hosted by Masdar, has today announced that the World Future Energy Summit, a key event at ADSW 2022, was powered by clean energy, thanks to a partnership with Emirates Water and Electricity Company (EWEC).

EWEC provided ADSW with Clean Energy Certificates covering the energy used by the event, reflecting the platform’s commitment to becoming carbon neutral. ADSW, which took place earlier this week, brought together heads of state, policy makers, and international business leaders, as the UAE aims to drive the global sustainability agenda forward and accelerate pathways to net zero
Othman Al Ali, Chief Executive Officer of EWEC, said "We are delighted to see Clean Energy Certificates used to offset the carbon footprint of WFES, continuing the rapid expansion of the CEC market to date, with the events sector joining the energy, real estate and healthcare sectors. We see the potential for many more sectors and entities looking to decarbonise to enter the market, as the UAE strives to meet the goals of the UAE Net Zero by 2050 strategic initiative and UAE Energy Strategy 2050"

EWEC is currently working on a range of clean energy projects, including  the Al Dhafra Solar PV IPP project, which will be the world’s largest single-site solar power plant, using around 4 million solar panels to generate enough electricity for 160,000 homes across the UAE. Upon full commercial operation, Al Dhafra Solar PV is expected to reduce Abu Dhabi’s CO2 emissions by more than 2.4 million tonnes per year, equivalent to removing approximately 470,000 cars from the road.

ADSW 2022, the first major sustainability event after the COP26 climate change conference, will act as a global catalyst for COP27, which will be held in Egypt this year, and COP28, which will be hosted by the UAE next year. Held annually since 2008, ADSW has become one of the latest sustainability platforms in the world, with more than 45,000 people from 175 countries participating in ADSW 2020.

ADSW is a key component in the UAE’s positioning as a regional and global leader in sustainability and climate action. Last October, the UAE announced its Net Zero by 2050 Strategic Initiative, a national drive to achieve net-zero emissions by 2050, the first such initiative in the MENA region. The UAE was also the first Arab country to set voluntary clean energy targets, and the first Gulf state to sign the Paris Agreement.

ADSW took place from January 15 – 19, 2022.  Events and sessions from the week can be watched again on the platform’s new channel - ADSW Live - https://adsw.live/all-videos.html