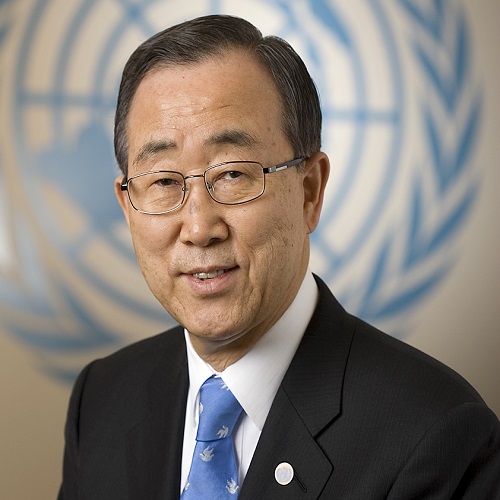 Ban Ki-moon was the eighth Secretary-General of the United Nations. His priorities have been to mobilize world leaders around a set of new global challenges, from climate change and economic upheaval to pandemics and increasing pressures involving food, energy and water. He has sought to be a bridge-builder, to give voice to the world’s poorest and most vulnerable people, and to strengthen the Organization itself.

The Secretary-General was born in the Republic of Korea on 13 June 1944. He received a bachelor's degree in international relations from Seoul National University in 1970. In 1985, he earned a master's degree in public administration from the Kennedy School of Government at Harvard University.